A lawsuit between two aviation companies concerning a couple hundred thousand dollars in unpaid expenses has inadvertently led to the publicizing of a great deal of information about the CIA’s extraordinary rendition program. (The program involved the illegal transport of thousands of terrorism suspects to secret CIA prisons in foreign nations and then to countries where suspects could be tortured. It is basically “kidnapping” followed by “torture” but the CIA did it so no one went to jail for it.)

The records from this lawsuit between two sub-contractors involved in the renditions will eventually be taught in an undergrad history course titled “America: Where It All Went Wrong.” Detainees were transported by the same companies that fly billionaires on private jets to their resort vacations. (The CIA doesn’t have an air force, so they relied on massive government contractor DynCorp, which… just rented some private planes.)

I’ve watched some movies that were satire or slightly fictionalized versions of events surrounding Iraq in particular ( The Green Zone, The Hurt Locker, The Lucky Ones). All of those films were mostly based on fact. It was easy to see the Amy Ryan character in The Green Zone was based on Judith Miller of the NYT, who basically operated as a White House cheerleader for the invasion of Iraq. The most surreal film inspired by the invasion of Iraq was War Inc. a no holds barred satire. The who pays for the illegal rendition of subjects to torture fiasco is too strange to be believable satire. 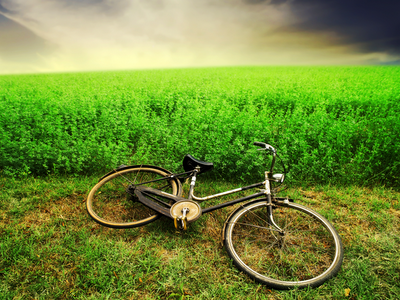 Dick Cheney is making the rounds for the umpteenth time trying to rewrite history and salvage his reputation. Legal analyst Dahlia Lithwick has been following Cheney’s torture fetish for years. The usual ideological lap dogs will surely lick up any garbage Cheney decides to spew. The rest of us not so much – What he has Done, A torturous rigidity

What surprises me only somewhat is the report, for instance on this week’s Today show interview with Matt Lauer, that Cheney so readily describes the U.S. torture program — including waterboarding — as “safe, legal, and effective,” and his oft-repeated claim that he has “no regrets” because the program “saved American lives.” Cheney admitted in 2008 that he had been directly involved in approving abusive prisoner interrogation techniques used by the CIA and that he had personally played a critical role in approving waterboarding. Long after most torture apologists have grown weary of the fight, Cheney’s legacy has been a continued devotion to the idea that torture is both legal and effective. He argues this despite the fact that virtually nobody who knows anything about torture in general and the “enhanced interrogation program” in particular agrees with any of those conclusions. It’s a position espoused by a fistful of men who either created the torture program themselves or believe in legal fictions cooked up on TV shows like 24, or legal philosophers with plenty of time to ponder nonexistent “ticking time bomb” scenarios.

The U.S. torture program did not save lives. In August 2009, a Freedom of Information Act request submitted by anti-torture groups revealed that the CIA knew that that non-abusive techniques actually helped elicit some of the most important information obtained in the war on terror.

As Lithwick notes the U.S. prosecuted Japanese for perpetrating the cats that Cheney says were safe and legal. If that is the case don’t we owe the Japanese an apology for false prosecution. For a while the right-wing torture affectionate hung their pro-torture argument on some vast intelligence gotten from  KSM (Khalid Sheikh Mohammed) and Abu Zubayda. That was all just part of the swarm of lies that surrounded the “war on terror”.

This cell phone photo was shot by a resident of Ishaqi on March 15, 2006, of bodies Iraqi police said were of children executed by U.S. troops after a night raid there. Here, the bodies of the five children are wrapped in blankets and laid in a pickup bed to be taken for burial. A State Department cable obtained by WikiLeaks quotes the U.N. investigator of extrajudicial killings as saying an autopsy showed the residents of the house had been handcuffed and shot in the head, including children under the age of 5. McClatchy obtained the photo from a resident when the incident occurred.

[   ]…A U.S. diplomatic cable made public by WikiLeaks provides evidence that U.S. troops executed at least 10 Iraqi civilians, including a woman in her 70s and a 5-month-old infant, then called in an airstrike to destroy the evidence, during a controversial 2006 incident in the central Iraqi town of Ishaqi.

[  ]…The cable also backs up the claims of the doctor who performed the autopsies, who told Knight Ridder “that all the victims had bullet shots in the head and all bodies were handcuffed.”

I don’t have much to add. If events were not as described by the Iraqis, the doctors and the U.N. inspector than the U.S. should welcome a full investigation.